Online problems reveal their input instance piece by piece and require an irrevocable decision each time a new piece is revealed. This scenario models critical applications where a decision, once it is made, cannot be changed afterwards and also influences future decisions. Like for classical offline problems, it is common to make a worst-case analysis to give a guarantee on the performance of an online algorithm. A worst-case analysis is achieved by assuming that a malicious adversary, knowing the behavior of the online algorithm, creates the input. Due to the nature of uncertainty online algorithms rarely compute an optimal solution. Thus, their performance is measured in terms of the competitive ratio, which compares the solution computed by the online algorithm to the optimal solution achievable when the whole instance is known beforehand.

In the main part, we analyze the advice complexity of the graph exploration problem.  Here, an algorithm has to move an agent through a graph from vertex to vertex using the edges such that the agent traverses the cheapest or shortest tour that visits every vertex at least once. The algorithm does not know the graph beforehand and each time the agent is located at a new vertex the reachable neighborhood is revealed together with the cost to reach them from the current location. Already seen or visited vertices are recognizable. Due to the already known tight upper bound of n\log(n) for the advice complexity of the graph exploration problem on dense graphs, we focus on sparse graphs. We show that a linear amount of advice is sufficient and also necessary to solve the graph exploration problem on directed and undirected graphs. 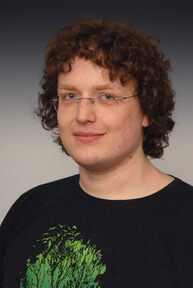