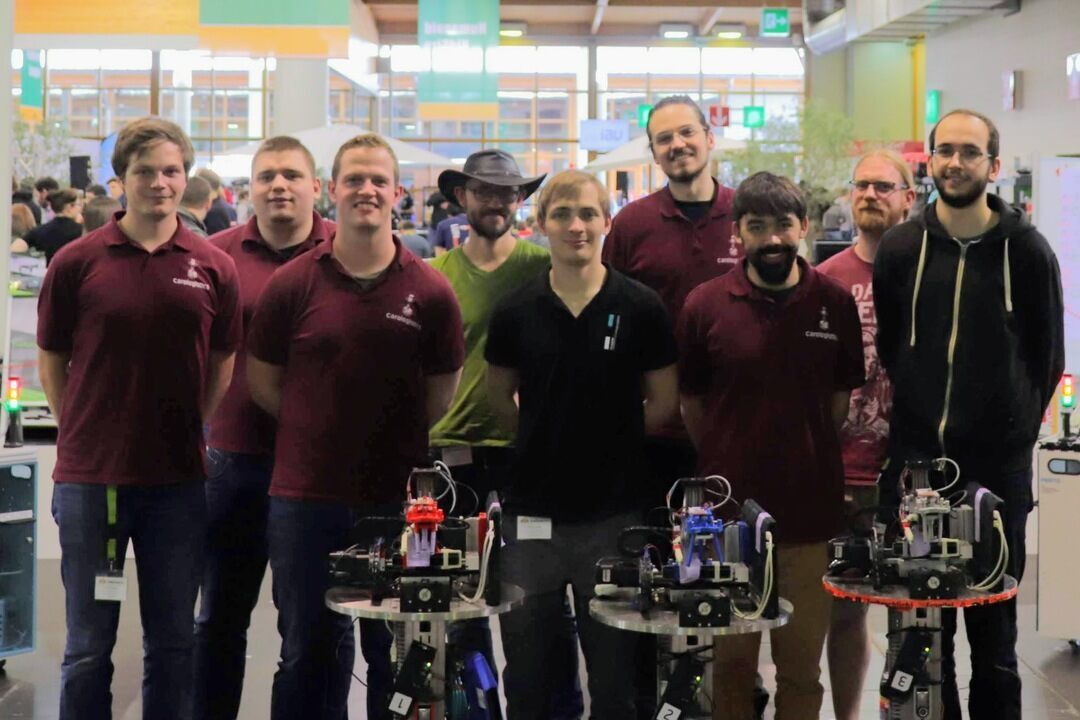 The Carologistics team, which is composed of scientific staff and students from the Knowledge-Based Systems Group (RWTH Aachen University) and the MASCOR Institute (FH Aachen, University of Applied Sciences), was able to win the German championship title in the RoboCup Logistics League for the fifth time. The German Open took place from 3 to 5 May in the Magdeburg exhibition halls.

In 2018, after a four-year winning streak, Carologistics had to hand over the world championship title to the GRIPS team from Graz University of Technology. By winning this year's German championship, they put the Austrians under pressure for the upcoming World Cup in Sydney and show that the fight for the World Championship title remains exciting.

The RoboCup Logistics League shows on the small scale what will be possible in the future in so-called "Smart Factories" in the context of Industry 4.0. Essentially, the aim is to manufacture products in a short time with the help of a robot team and machines. The production process must be broken down into its individual components and mutual dependencies. This results in tasks with temporal dependencies, which the robots have to divide among themselves.

Carologistics started this year with a newly developed gripper system. In addition, the subsystems introduced last year for image recognition and decision making were further developed and enhanced. The preparations for the RoboCup World Championships, which will take place in July in Sydney, Australia, are now beginning. For the World Championship, the team will now optimize the many subsystems in order to be able to counter the strong competition from Austria and France.