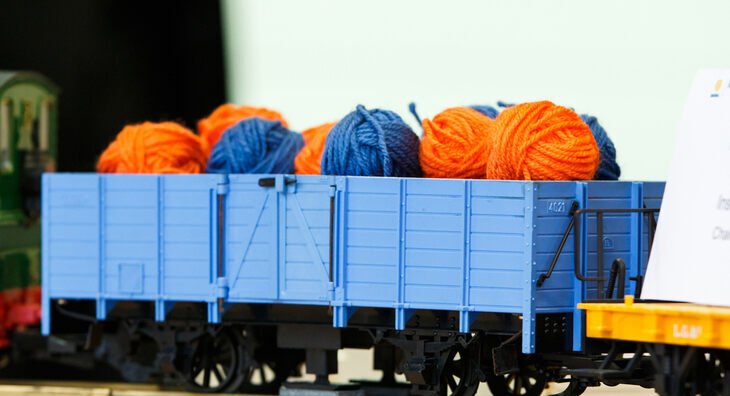 UnRAVeL is not just an acronym for the research training group project „Uncertainty and Randomness in Algorithms, Verification, and Logic“ which has just begun. It is also a multifaceted piece of music with unexpected passages. Therefore there was no better way than to start the kick-off with a piano performance by Markus Winzen of this composition.

The stage was opened by „Nr. 2“, an autonomous robot and world champion of the RoboCup Logistics League. It is „trained“ by Professor Lakemeyer’s successful team, who is also among the UnRAVeL supervisors’ group. Following the opening, Professor Joost-Pieter Katoen, speaker of the research training group project, welcomed the audience warmly to the event. In his inaugural address, he described the challenges which the UnRAVeL team has planned to undertake during the following four years and a half. Afterwards, Professor Rudolf Mathar, vice-rector for research and structure turned to the audience and emphasized on the significance of the research training group project for the entire RWTH. Professor Marta Kwiatkowska, Professor of Computing Systems, University of Oxford, carried forward a quite particular lecture for this event about „Reasoning about Cognitive Trust in Human-Robot Interactions“. The second keynote speaker who was invited to the event was Professor Rolf. H. Möhring from the TU Berlin and from Beijing Institute for Scientific and Engineering Computing. His lecture referred to UnRAVeLs research domain with his topic „Uncertainty is an important aspect in planning and scheduling“. In the last programme item „UnRAVeL in Person“, the doctoral researchers of the research training group project had the chance to speak and describe their scientific topics very shortly but instructively and concisely in a Two Minute Madness.

The event was very entertaining thanks to the saxophone quartet of Bläserphilharmonie Aachen members which was accentuated by a diversified jazz programme. The successful kick-off promises an effective start with Unravels research work based on an intense get-together of supervisors, scholars and fellows.