Carologistics defend the championship title at the German Open 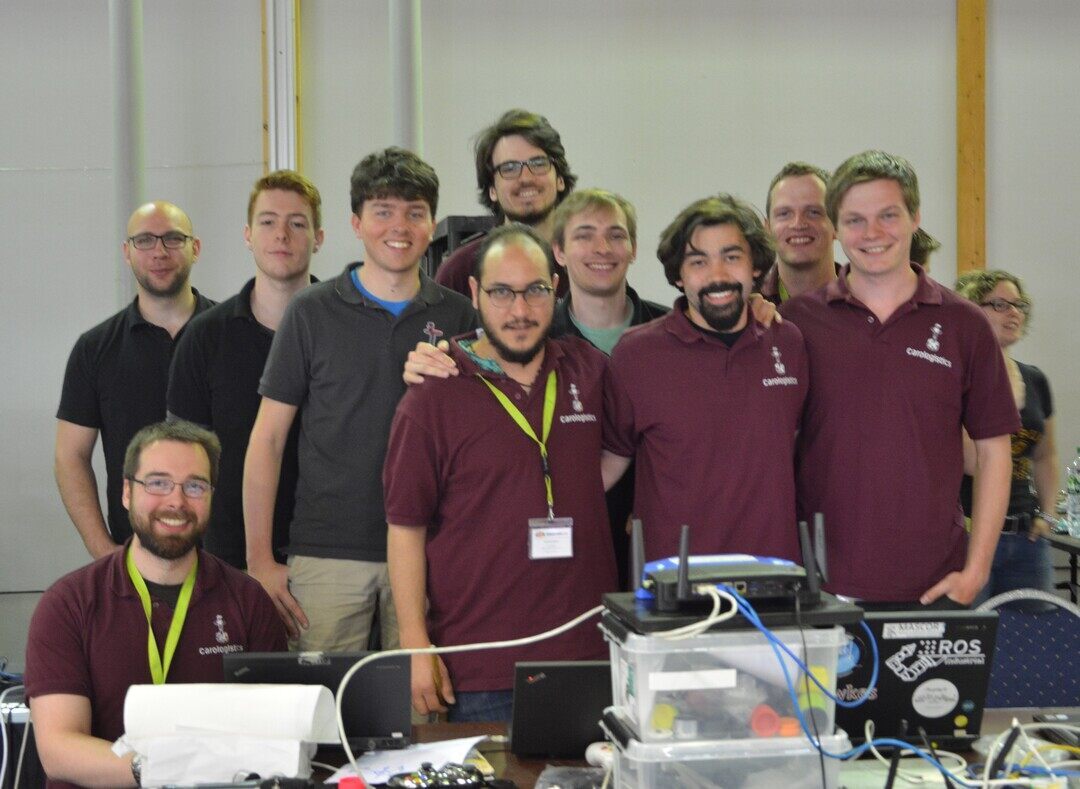 The Team Carologistics, which is composed of researchers and students of the Cybernetics Lab IMA & IfU, the Knowledge-Based Systems Group (both RWTH Aachen University), and the MASCOR Institute (FH Aachen University of Applied Sciences) successfully defended the German championship title in the RoboCup Logistics League for the fourth time in a row. The RoboCup German Open took place from 25 to 29 April at the Magdeburg exhibition halls.

After an exciting group phase, the Carologistics started into the playoffs leading with 106 points, one point ahead of the runner-up GRIPS from Graz University of Technology. After the playoffs, both teams faced each other again in the final.

In the RoboCup Logistics League, two teams compete with up to three autonomous mobile robots in an intralogistics scenario against each other. The playing field is a smart factory from the context of the Industry 4.0, where intelligent machines manufacture complex products in varying production environments.The scenario is particularly characterized by the comprehensive communication and cooperation of the mobile robot. In the first phase of the game, each robot team explores the previously unknown playing field, creating a common "world view". In the second phase, the electronic referee (RefBox) announces complex products that must be produced cooperatively within certain time-windows. In this phase, the robots have to re-plan frequently, as the opponent plays on the same field and therefore the accessibility of paths or machines is always subject to variations. Machines spontaneously switch to a maintenance condition and can not be used at this time, and because individual steps such as grasping a product may fail occasionally.

In preparation for the RoboCup World Championships in Montreal, Canada in June, the team will focus on improving the gripper system to allow more robust autonomous grasping of work pieces in order to make full use of the newly developed agent system.